Original use of stripes for maximum architectural impact. 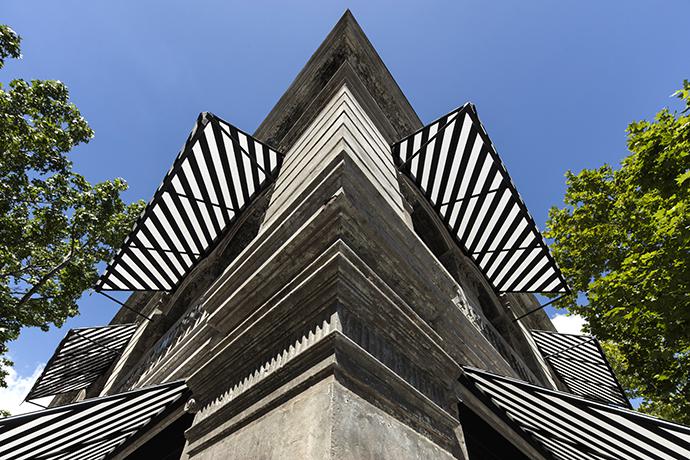 A former warehouse, the Juanita Nielsen Community Centre in Sydney, Australia was renovated in 2016. The architectural brief was to modernise the premises while retaining the authentic feel of the original building. 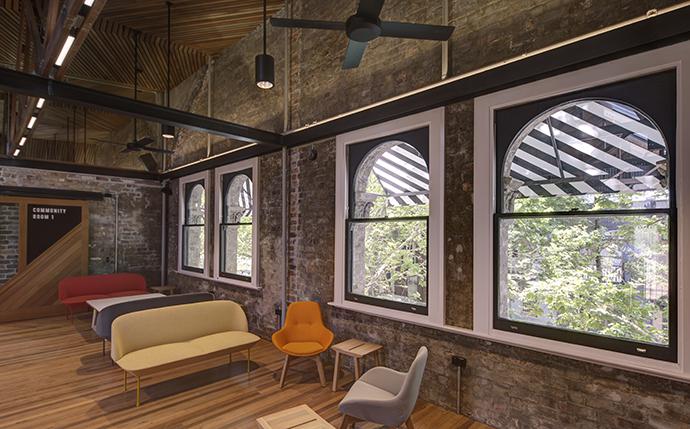 Architect Neeson Murcutt was responsible for the renovation, in conjunction with the City of Sydney. The result is a multi-style space featuring a range of materials in harmony with the building’s industrial past.

Among these materials were DICKSON Orchestra Block Stripe Black C022 canvases. Rather than the usual vertical stripe, these awnings were produced at a 45° angle, resulting in a slanted stripe that goes against the classical grain - both figuratively and literally. 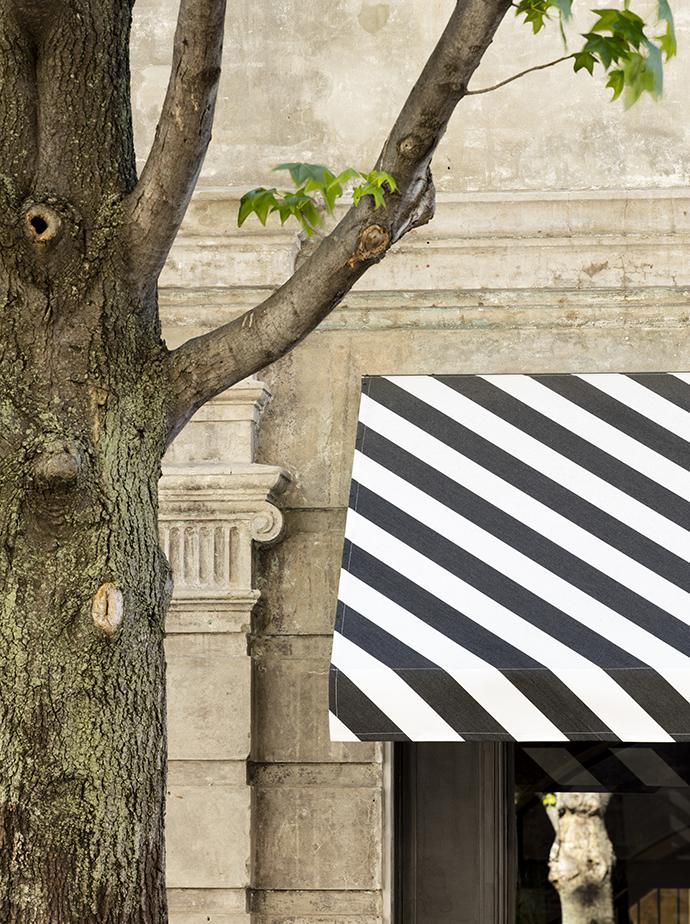 Not only does it have a strong architectural impact, it’s also a tribute to Juanita Nielsen. Nielsen, a publisher, has occupied a special place in the hearts of many Australians since she disappeared in 1975. The architects drew their inspiration from the striped top worn by Nielsen in her most famous portrait. The motif informed the choice of zigzagged ceilings, diagonal shutters and the awning fabrics.